Speaking about the death of the former National Sports Council director general, ACP Mohamad Farouk said police personnel ruled out foul play after conducting checks at the home and on the body.

“There was no sign of forced entry or a scuffle. He was not married and lived alone," he said when contacted on Sunday (Oct 3).

ACP Mohamad Farouk added that when police personnel broke down the door of Zolkples's home, his body was discovered in the living room.

He said Zolkples' personal assistant had earlier called MERS 999 at about 8.30am and said that her employer could not be contacted since Saturday (Oct 2).

"According to his relatives, Zolkples had undergone heart surgery about 10 years ago. His last Covid-19 swab test was on Friday (Oct 1) and he tested negative," added ACP Mohamad Farouk.

The body will be brought to Masjid Sri Petaling for prayers and he will be laid to rest at Kampung Sura in Dungun, Terengganu, ACP Mohamad Farouk said.

"We classified the case as a Sudden Death Report (SDR)," he said.

Earlier on Sunday, the Council issued a statement saying that the 62-year-old Zolkples was found dead at his Pandan Indah home.

It added that at the time that the cause of his death is still unknown.

Apart from helming the NSC, Zolkples had also served as the secretary of the Badminton Association of Malaysia (BAM) from 2000-2002 and chief executive officer of the 2017 Kuala Lumpur SEA Games organising committee (Masoc).

He has worked under several Sports Ministers and had genuine interest in the development of sport.

"We are shocked and sad. I had considered him as a mentor, brother and friend. He had contributed immensely to Malaysian sport," said Shapawi. 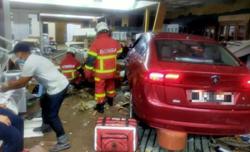 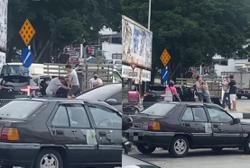