PM: Every district to have coordinator to monitor poverty-alleviation programmes 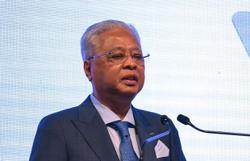 KUALA LUMPUR (Bernama): A coordinator for monitoring poverty-alleviation programmes will be appointed at the district level to ensure that efforts to tackle poverty issues can be undertaken more effectively, says Datuk Seri Ismail Sabri Yaakob.

The Prime Minister said the coordinator would be placed under the district officer, and is likely to be an assistant district officer dedicated to securing data and antipoverty programmes.

He said the government took poverty seriously and placed emphasis on it under the 12th Malaysia Plan (12MP) with focus on six states regarded as poor, namely Sabah, Sarawak, Kedah, Perlis, Kelantan and Terengganu, which have many people in the B40 (low-income) group.

He expressed the hope that by the end of the 12MP in 2025, the government's target to provide 98% of basic utilities such as water and electricity will be achieved, along with the provision of Hardcore Poor Housing Project (PPRT) and People's Housing Project (PPR) housing units, as well as rural and village connectivity projects that directly benefit the people.

He said the coordinator will ensure that everyone benefits from (poverty-relief) projects, by identifying who has been helped and who has not.

"Now, sometimes, one person may get help from three, four ministries," he said at a special interview with senior media editors here.

The Prime Minister said the coordinator would gather data on poverty, for example on those individuals who have successfully transformed their lives and progressed from B40 to the M40 (middle-income) group.

"All that data will be with him (her). For example, if someone was given a roti canai-making project, the coordinator will know whether that someone has become successful. Now, there is no such data. From now on, outcomes will be gauged from the help we have rendered. In the end, we will know, how many, for example, among 10 hardcore poor people have risen above the poverty line.

“At least, we can gauge our success. That is why we want to coordinate, not just in terms of poverty, but in the distribution of government aid as well... contributions from zakat (tithes), from the Social Welfare Department, all kinds of contributions. If we can, we will carry out the coordination from all aspects, in terms of contributions and so on,” he said.

He said that hitherto many ministries had programmes on poverty-alleviation but there was no specific monitoring on their effectiveness.

"We have a plan. We don't want to give cash but we train them, for example, to do business. (All this while) we have been training people but there has been no monitoring. Down the road, another ministry comes to the village to help, and training is provided again.

“Yet, another day, perhaps the religious council will bring zakat relief for the village again, and train the people again. But no one is monitoring. No one shows the way. (The visitors) give courses; give goods, and then leave... in the end everything is a failure. The project fails because there is no specific monitoring,” he said.

Ismail Sabri said the government's focus on the issue of poverty is not confined to the rural areas, but also encompasses the urban centres. The Urban Community Economic Empowerment Programme and the Rural People's Wellbeing Scheme will be implemented, he added.

“This means we will introduce special programmes at a cost of RM1.5bil for both. That is why I say it is comprehensive and we have also discussed it in the National Employment Council. Much training is done now but the training does not cater in terms of market demand.

"What is the demand? The demand now is about e-commerce, e-business, online business. So training should be given to those who are engaged in online business. Young people... the gig economy, e-hailing, p-hailing. The focus should be on demand, that's why sometimes there is a mismatch. The course is on something else. After the course, the participant finds he/she cannot do any work, cannot do business,” he said.

"Actually, the number of people in the B40 group and who are hardcore poor is increasing because we raised the poverty lines of the hardcore poor and the poor, and then Covid-19 struck, raising the figures even more," he said.

On the target of increasing the average household income to about RM10,000 a month by 2025, Ismail Sabri said the government has planned several economic programmes involving new technologies.

“The first focus is to invigorate economic growth. That’s why I mentioned the programme to create a centre for future industries, intellectual property funding, nancing, digital, all sorts of things that we are doing. These are all for increasing income,” he said. – Bernama