“This cannot happen. Genuine digital certificates are issued through the MySejahtera app and printed certificates are not acceptable,” he told Datuk Seri Ahmad Maslan (BN-Pontian) in the Dewan Rakyat on Thursday (Sept 30).

However, he said there had been several attempts to forge the certificates, and these are now under police investigation.

On a separate matter, Dr Adham said some 3.2 million adolescents aged 12 to 17 have registered for Covid-19 vaccination.

“So far, 5% of them have received their first dose,” he said, adding that only Pfizer vaccines would be given to them.

Earlier, Dr Adham told the Dewan Rakyat that 85% of the adult population have been fully vaccinated.

He also said almost the entire adult population in the Klang Valley had received the vaccine.

“Our focus now is to see that at least 60% of the adult population in all states are fully vaccinated,” he said, noting that Sabah is set to achieve this target on Thursday.

He said the goal was to get almost all the entire adult population in the country to be fully vaccinated by the end of October.

Meanwhile, Dr Adham said RM15mil has been set aside for research and development of the nation’s own Covid-19 vaccines.

He added that Universiti Malaya, Universiti Putra Malaysia and the Institute for Medical Research are researching two types of vaccine.

He said the vaccines are currently at the laboratory stage of development and would move towards animal testing following proof of concept. 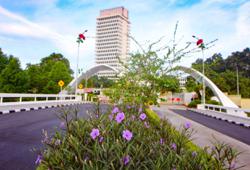