MUAR: The body of a disabled man was found in a ditch in Bukit Pasir near hear.

According to the Johor Fire and Rescue Department, the 30-year old victim was believed to have drowned after falling into the ditch.

It said in a statement that the Johor Operations Department Centre received a distress call on Friday (Sept 24) at 4.23pm about the incident.

“We deployed 12 firefighters to the scene led by the Muar Fire and Rescue Department senior officer Zuraimi Haron," it said.

One fire rescue tender vehicle and one emergency medical responsive services (EMRS) vehicle were deployed to the scene.

The statement said that the victim was found unconscious by members of the public in the 1.83m-deep ditch.

“The victim was already pulled out from the water by the public prior to the arrival of the department’s rescue team,’’ it added.

The team performed the cardiopulmonary resuscitation before the arrival of the assistant medical officer from the Health Ministry.

The victim was pronounced dead on the spot by the assistant medical officer and the body was handed over to police for further action.

The operation ended at around 5.10pm.

In a separate incident in Kota Tinggi, the body of a 67-year old man who was missing on Friday (Sept 24) while engaging in diving activities at noon was found around 7.10pm.

The victim was found by five divers from the Fire and Rescue Department’s Water Rescue Unit (PPDA).

“The body was found in Sungai Johor about 5m away from where the victim had gone for a dive at a sand mine pond in Felda Pasak, Kota Tinggi,’’ said the statement.

Earlier, the Kota Tinggi Fire and Rescue Department received a distress call about the incident at around 5.15pm.

Fifteen firefighters together with a light fire rescue tender vehicle, an EMRS vehicle, a rapid rescue vehicle and a utility vehicle were deployed to the scene.

The body was handed over to the police for further action. 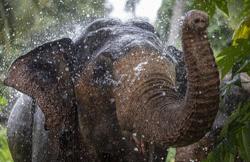