GEORGE TOWN: The Federal Government needs to watch out for Thailand’s new visa measure which will be a contender to the Malaysia My Second Home (MM2H) programme, says Penang tourism and creative economy committee chairman Yeoh Soon Hin.

Yeoh said Thailand had recently introduced a new visa and tax measure to lure high potential and wealthy foreigners to pave the tourism-dependent nation out of its economic contraction.

"Thailand’s stance with this new visa programme is very clear, they are driving foreign investments by encouraging top tier global communities to relocate to Thailand to ultimately aid their country’s economy," he said in a statement on Tuesday (Sept 22).

While stating his stand that he welcomed the reactivation of MM2H after a year of suspension, Yeoh explained that MM2H had been an accessible visa scheme since its inception and should not have had such a significant bump in requirements.

"I understand that the Federal Government wants to target high-income participants with adequate capabilities with these new thresholds.

"However, we need to understand the gravity of MM2H in the international visa scheme landscape. MM2H’s competitiveness stemmed from its friendly requirements.

"If we want to compete against Thailand’s new visa scheme, easing our MM2H requirement is a necessary measure," he added.

Yeoh pointed out the strict MM2H requirements would also put Penang at a disadvantage as the state had been one of the preferred destinations for expatriates, especially having repeatedly received accolades from CNN, International Living and New York Post.

It was announced on Aug 11 that MM2H would be reactivated with nine new conditions after the programme was suspended in August last year due to the global Covid-19 pandemic.

The revised terms and requirements of MM2H, which takes effect in October, included an increase in the minimum monthly income (derived from offshore sources) to RM40,000, a minimum fixed deposit of RM1mil, a minimum liquidity requirement of RM1.5mil, a yearly visa fee of RM500 and a reduction of the visa duration to five years. 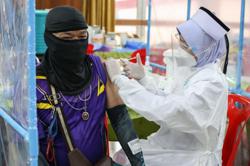