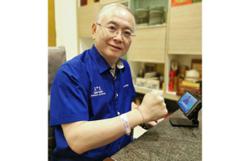 KUALA LUMPUR: The Malaysian Institute of Road Safety Research (Miros) is studying the effectiveness of measures to reduce instances of driving under the influence of intoxicating substances following legislative amendments to increase the penalties for such offences, says Datuk Seri Dr Wee Ka Siong.

"The Transport Ministry has requested Miros to conduct a study on the effectiveness on all intervention measures carried out by the ministry and all stakeholders to address the issue of driving under influence as the (amended) laws have been enforced for almost one year now," he said.

The Transport Minister said this in his ministerial reply on the motion of thanks on the Royal Address in Dewan Rakyat on Wednesday (Sept 22).

Dr Wee added the study would also include recommendations for intervention measures to tackle the issue of driving under influence in the future.

At present, he said that the ministry would continue to work closely with the police and Home Ministry to strengthen enforcement and advocacy campaigns.

Amendments to the Road Transport Act to increase penalties for driving under the influence and reckless driving was passed by Dewan Rakyat on Aug 26, 2020 and came into force on Oct 23, 2020.

Among the amendments are increasing the jail term up to 10 years and fines up to RM50,000 for those convicted for dangerous or reckless driving resulting in death.

On another issue, Dr Wee said a special committee was set up last September to ensure the participation of local contractors in the East Coast Rail Link (ECRL) project.

He noted that their participation would be based on the conditions laid out under the Engineering, Procurement, Construction and Commissioning (EPCC) agreement.

As of August this year, Dr Wee said that a total of 2,827 locals have been employed to work on the project.

He said this represented 44% of the current 6,415 members of the workforce, adding that local participation in the workforce would increase in 2022 and 2023.

Dr Wee then added that the target is to see 70% of local workers employed for the project.