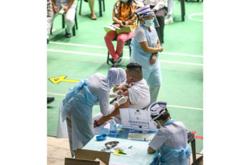 KUCHING (Bernama): Seventeen localities involving longhouses in Sarawak have been and will be placed under the Enhanced Movement Control Order (EMCO) from Sept 21 to Oct 3, State Disaster Management Committee (SDMC) announced.

In a statement, it said in Sri Aman, six longhouses, namely Rumah Gevenor, Rumah Sigan, Rumah Ramping, Rumah Sambau, Rumah Baha Lunchong and Rumah Tingga, had been placed under the EMCO from Tuesday (Sept 21) until Oct 3.

The EMCO on Rumah Changgi Brayang Hulu Roban and Rumah Ganti Nyiar Roban will begin from Wednesday until Oct 3.

Sarawak recorded 1,712 new cases of Covid-19 on Wednesday, 1,710 of which were asymptomatic, while two other cases involved lung infections and required respiratory support.

The death toll due to Covid-19 in the state had now reached 710 with one death recorded at Sri Aman Hospital involving an 81-year-old man with chronic illness. - Bernama 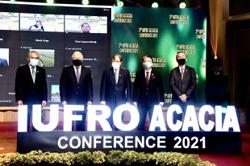