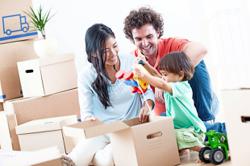 PETALING JAYA: Malaysians have expressed their disappointment over the government’s move to appeal last week’s High Court decision which allowed Malaysian mothers the right to confer citizenship to their children.

Myra Eliza Mohd Danil, one of the six plaintiffs in the court case, said she was “so sad and disappointed” by the government’s decision.

“My daughter was so excited about being a Malaysian. She even told her tutor that she is Malaysian and can’t wait to get her identity card.

“I do not understand why the government is doing this. Am I not Malaysian? Am I less of a citizen because I am a woman?

“The Prime Minister was promoting ‘Keluarga Malaysia’, but they have to put it into practice and think about my family and my children and many other women with innocent children.

“Now I don’t know how to tell my daughter that she can’t be Malaysian like her brother yet,” said Myra Eliza, whose daughter is eight.

Another mother, Rekha Sen, said she was “speechless” by the decision to appeal.

“To the Malaysian government I ask you this: Is it really too much to ask, to do the right thing for the people? Is it too much to ask that a child should not be separated from his or her mother?

“Do we really need to explain further why mothers are important and should be given full access and rights?

“This is not an unfounded fight for equality; this is about giving every child in Malaysia their hopes and futures, an equal standing and equal opportunities. Please do not punish them further by delaying justice,” she said.

Two of Rekha’s three children are still waiting for their Malaysian citizenship – after ten years of applying and re-applying.

On Sept 9, High Court judge Datuk Akhtar Tahir ruled that the word “father” must be read to include “mother”, and that children born abroad to Malaysian mothers are entitled to citizenship by operation of law.

The court determined that provisions pertaining to citizenship rights – namely Article 14 (1) (b) of the Federal Constitution (FC) together with the Second Schedule, Part II, Section 1 (b) and 1 (c) of the Constitution must be read in harmony with Article 8 (2), which prohibits discrimination on the basis of gender.

Following the landmark High Court decision, the government filed a notice of appeal this week.

This, says NGO Family Frontiers who filed the suit along with six Malaysian mothers, sends a clear message that the government is in favour of “the continued discrimination and marginalisation of Malaysian mothers”.

“The judgment lifted the anxiety that plagued us with the uncertainty of our children’s status, well-being and future.

“The government, by appealing against this decision, has delayed justice not just to Malaysian women, but their children and their extended families.

“Justice delayed is justice denied,” the group said in their statement, where it also called on Malaysians to sign a petition calling on the government to withdraw its appeal.