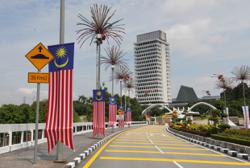 “The ministry is aware that there are constraints in current laws and policies such as a high burden of proof and an absence of specific remedies for victims,” she said.

There was also the issue of under-reporting as victims were afraid and embarrassed to report to the authorities, she said in a statement.

She said a draft of the Bill has been under review by the ministry and the Attorney General’s Chambers (AGC) since January.

The ministry, she said, had sought the help of experts and non-governmental organisations in drafting the Bill.

“At the moment, the ministry is waiting for AGC approval before the bill is brought to Cabinet for approval,” she said.

With the Bill under review, she added, sexual harassment cases are being dealt with using existing laws such as the Penal Code and Employment Act, as well as other regulations and guidelines.

Rina said that as at July, her ministry had conducted 65 awareness programmes involving 10,952 participants.