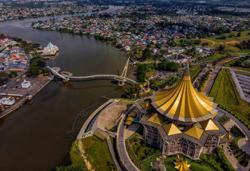 PETALING JAYA: It is cheers all around from the nation’s youth leaders as the Election Commission (EC) is set to proceed with the implementation of Undi18 as ordered by a High Court without having to wait for the government to decide if it will appeal against the decision.

Its Youth chief Datuk Dr Asyraf Wajdi Dusuki said that the movement’s stand to support Undi18 had been consistent.

“We believe the wave is inevitable as the country’s demographic is changing with the youth emerging as a significant voter block in the coming general election.

“Continuing to reject this fact will only widen the gap between the political parties and them,” he said in response to the latest development announced by Minister in the Prime Minister’s Department Datuk Seri Dr Wan Junaidi Tuanku Jaafar.

Asyraf Wajdi added that the movement wished to be included in the process and would monitor the progress of the implementation.

MCA Youth chief Nicole Wong said Undi18 should be implemented as soon as possible as it had already been passed by Parliament.

“I hope the government will come out with a clear road map on the matter.

“MCA Youth is ready to assist the EC in such matters including the registration of voters,” she said.

“We have faith that the EC and government machinery will be able to bring into force such provisions by the end of the year,” he said.

“This is an empowering moment for 1.2 million youth, who, by December, will obtain their right to participate in our country’s democratic process for the first time as voters.

“We are encouraged to see this development as an indicator of the current government’s commitment to listen and collaborate with youth voters,” Undi18 said in a statement.

“They will be the kingmakers in the next general election because their participation in the polls will see the sudden and largest increase in the number of voters in our election history,” he said.

The PKR lawmaker noted that both Pakatan Harapan and Perikatan Nasional would now have to come out with manifestos to cater to the demands of young voters.

DAP National Socialist Youth (Dapsy) chief Howard Lee said that it was a constitutional duty of the EC and government to implement voting for youth.

The Muar MP and Muda pro-tem president then noted that Ismail Sabri had promised to be with the youth when delivering his maiden speech as the Prime Minister on Aug 22.

In July 2019, a motion to amend the Federal Constitution to allow voting age to be lowered to 18 was passed in the Dewan Rakyat through bipartisan support.

It was approved by the Dewan Negara on July 25 of the same year and gazetted two months later on Sept 10, 2019.

However, its implementation was held off due to logistical issues faced by the EC and National Registration Department.

With Undi18, the total number of voters (including new young voters and previously unregistered voters) is expected to increase from 14.9 million in 2018 to 22.7 million by 2023, when GE15 is due.

There were initial plans to implement Undi18 in July this year.

However in March, the EC announced that the lowering of the minimum voting age and automatic voter registration could only be done after Sept 1, 2022, because of the movement control order during the pandemic. 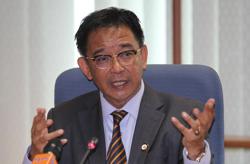