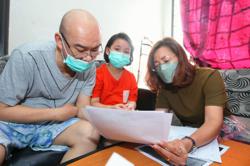 PUTRAJAYA: The Pahang Umno liaison committee has succeeded in its appeal to keep RM2.5mil that was seized in a 1Malaysia Development Bhd (1MDB)-linked suit filed by the government.

A three-man bench chaired by Court of Appeal judge Justice Abdul Karim Abdul Jalil said the High Court judge had erred when he disregarded that the monies, which came from former prime minister Datuk Seri Najib Razak, had been spent and the monies seized were from other sources.

Other appellate court judges on the bench were Justices Hadhariah Syed Ismail and Abu Bakar Jais.

"We allow the appellant's appeal and set aside the High Court order," said Justice Hadhariah, who read the decision here via Zoom proceedings on Thursday (Sept 2).

Pahang Umno was appealing against a Kuala Lumpur High Court decision on Jan 9 last year that allowed the prosecution to forfeit RM2,479,300.18 from it.

The appeal was one of nine before the Court of Appeal panel in multimillion-ringgit forfeiture suits filed by the government to retrieve monies allegedly from 1MDB.

Eight other entities, including political parties and businesses, were also allowed to keep the funds as the appellate court dismissed the prosecution's appeal against them in the same proceeding.

The prosecution had filed appeals against two High Court decisions that rejected its forfeiture applications on three political parties, where it had sought to retrieve: RM192,965,413.61 from Umno; RM300,000 from Wanita MCA; and RM1.05mil from the Kedah Umno liaison committee.

Justice Hadhariah said all of the respondents did not deny receiving monies from Najib by way of deposits into their respective accounts as well as through cheques.

The political groups, the judge said, contended that they had spent all the monies given to them and that what was seized from them was obtained from other sources; while the businesses said the monies received were payments by Najib for services rendered.

Justice Hadhariah said the appellate court found no good reason to disturb the finding of facts by the High Court judge and therefore dismissed the appeal by the prosecution on the three political parties.

For the businesses, Justice Hadhariah said the panel agreed with the presiding judge that the monies were payment for services rendered as the respondents had substantiated their argument with invoices.

"The (High Court) judge opined it is most unfair to forfeit the monies and thereby dismissed the prosecution's application.

"We find he (the judge) did not warrant any error. We dismiss the prosecution's appeal and we affirm the order of the High Court in these five appeals (involving the businesses)," she added.

On June 21, 2019, the Malaysian Anti-Corruption Commission filed civil forfeiture applications against 41 individuals and entities, including the nine entities in this proceeding, to recover RM270mil allegedly from 1MDB.

It was alleged that the funds were transferred to the accounts of the 41 individuals from Najib’s personal bank account. 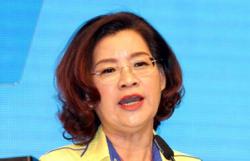