Hamzah: MM2H participants must be of quality and contribute to economy PUTRAJAYA: Some 8,000 participants of the Malaysia My Second Home (MM2H) have been found not to be using the facility to live in the country despite being given the pass, says Datuk Seri Hamzah Zainudin (pic).

The Home Minister said according to the Immigration records, the number of participants who do not reside in Malaysia was between 7,000 and 8,000.

"They will only come in for a short period to register their application and when they want to renew their passes later.

"I have asked officers to call up these participants to find out their intention of taking up the offer as they don't even stay in Malaysia," he told a press conference on Wednesday (Sept 1).

As of July 31, there are 57,478 foreigners who are holders of the MM2H passes, of which 28,249 are principals while the rest are their dependents.

Hamzah said since the movement control order was enforced last year until Aug 31, Immigration authorities had received 13,873 applications for the programme with 4,714 of them given approval.

On complaints that the new policy imposed by the government was too restrictive, he said the government needed to ensure participants of MM2H “are of quality and can help generate income and spur the economy”.

“If the participants are young and their income is just between RM1,000 and RM3,000, they benefit more by living in Malaysia and contribute only a little to the economy. That is why we had to relook into the policy,” he said.

The minister said the condition on offshore income for MM2H participants remained the same for almost 20 years from 2002 until changes were made recently.

“For those who have truly made Malaysia their second home, we will look at how they can continue to live here,” he said. 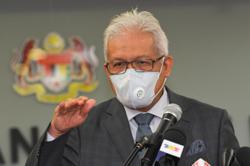