Ahmad: All clear for Umno to hold party polls next year

PETALING JAYA: Everything is in order for Umno to defer its party polls to next year, says secretary-general Datuk Seri Ahmad Maslan (pic).

He said the Registrar of Societies (ROS) was satisfied with the statements and additional documents provided by the party on the matter.

“Based on the review of the statements and additional documents provided to the ROS by Umno’s lawyers on Aug 9, 11 and 18 as well as testimony from several supreme council members, it was decided that the postponement of Umno’s elections for the term 2021/2023 was done in an orderly manner.

“As such, the appointment of members to the council, divisions and branches will be postponed until a date before Dec 29, 2022,” he said in a statement.

Ahmad said he was notified by ROS director-general Jasri Kasim of the reversal of its earlier decision.

On Aug 6, ROS ruled that Umno’s decision to postpone its party’s election was invalid as its supreme council’s term had already expired.

The ROS also noted that the supreme council led by president Datuk Seri Dr Ahmad Zahid Hamidi could only carry out administrative matters before the party polls.

He added that Umno would proceed with its branches and divisions meeting as well as the annual general assembly this year with only a quarter quorum of delegates in attendance. 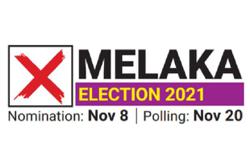