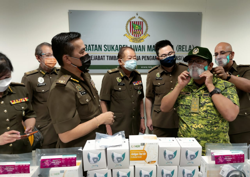 He said a viral video of a foreigner being purportedly assaulted by a Rela officer was made with malicious intent.

"There is no way that the officer assaulted the foreigner. He was only performing crowd control," he said on Monday (Aug 23).

He noted that multiple Rela officers had been infected by Covid-19 while performing their duties and some even died.

"Please have some sympathy for those on duty and to those (Rela personnel) working, please do not let this dampen your spirits," he said.

He added that publishing such videos without verifying the truth was harmful to all.

A short video has been making its rounds on social media, showing a Rela officer allegedly kicking a foreigner.

In a separate matter, Chong handed over personal protective equipment (PPE) worth RM30,000 to the organisation at Rela's Kuala Lumpur headquarters on Aug 19.

The PPE was donated by the Rela Honorary Club. 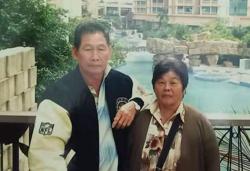