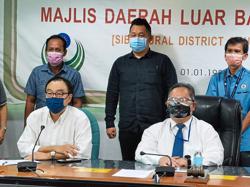 SIBU: The Sarawak government has been urged to investigate the cause of Saturday's (Aug 21) Rejang River logjam which caused water treatment plants here to shut down.

Sibu MP Oscar Ling said in a statement on Monday (Aug 23) the logjam left water treatment plants along the affected areas of the river unable to operate owing to high pollutant content in the water.

"The Sibu water board has announced that all the plants in Sibu have ceased operations at the moment, and the clean water supply to the whole of Sibu will be affected," he said.

"During the logjam incident in 2010, we saw fish die of suffocation due to pollutants in the water and decreased oxygen level.

"The mistake has been repeated this year. We deserve answers from the state government," he said, describing the incident as a serious environmental issue.

"Valuable fish in Rejang River might disappear if this issue is not resolved and happens again.

"The state government should release an investigation report soon, explaining the measures taken since the last logjam in 2010 and the reason why it happened again," he said.

"Of course riverbank dwellers as well as urban inhabitants should also stop disposing of their domestic waste in the river, as this adds to siltation and pollution problems.

"The river needs our tender care and I appeal to everyone to love our river and stop doing more damage to it," he said. 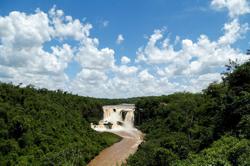 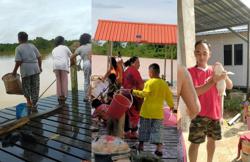