IPOH: The police have issued a RM1,500 compound notice to an individual for dining in at an eatery here although he was not fully vaccinated.

"The individual failed to show he had received two doses on his MySejahtera. It was also an oversight by the eatery owner, who should have checked the person before allowing entry," said Perak police chief Comm Datuk Mior Faridalathrash Wahid

He said that those who want to dine-in at restaurants need to be fully vaccinated.

Speaking at a press conference after a Jalur Gemilang flag-flying campaign opened by state communications committee chairman Khairul Shahril Mohamed on Friday (Aug 20), Comm Mior Faridalathrash said another person was also issued with a RM1,500 compound notice for failing to show proof of being fully vaccinated while attempting to cross districts.

Comm Mior Faridalathrash said some 1,995 compound notices for various SOP-related offences have been issued between July 5 and Aug 19 and that 14 of these are for crossing districts without a permit since Aug 10. 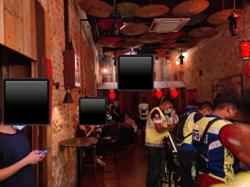 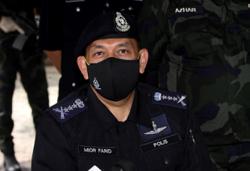