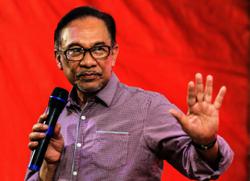 "We have honoured our word and Warisan has signed statutory declarations (SDs) supporting DSAI (Anwar) to ensure the Opposition bloc of 105 is intact.

"The ball is now in DSAI’s court to deliver," Warisan Youth chief Datuk Azis Jamman said in a tweet on Wednesday (Aug 18).

Shafie, whose Warisan is part of the Opposition bloc comprising 105MPs, had earlier Wednesday withdrawn himself as a PM candidate.

Warisan and some of the other Opposition parties outside Pakatan Harapan believe Anwar is unable to get support of more than the 105MP they already have.

Shafie had offered that if he was able to pull in an additional six MPs to reach the 111 simple majority, Anwar should allow him to be the prime minister candidate, Azis had said on Tuesday (Aug 17).

And in the event Anwar brings in the additional six or more MPs, Anwar would be the PM candidate choice.

Shafie earlier Wednesday morning said that Anwar would be the sole candidate of the Opposition bloc.

Shafie had also lamented that Sarawak's GPS with 18 MPs was not supporting a PM candidate from East Malaysia.

As of now, the MPs from the Perikatan Nasional coalition parties are expected to keep to their only choice, Datuk Seri Ismail Sabri Yaakob, who is expected to garner the support of 115MPs in the 220-member House, barring any surprises.

MPs are required to send in their statutory declarations to Istana Negara by 4pm Wednesday. 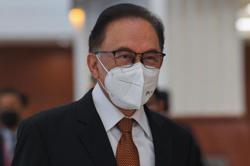