Sources have indicated that Opposition parties have sent separate letters representing their respective parties to the Yang di-Pertuan Agong, following Umno's revelation on Monday that it sent 13 statutory declarations signed by its MPs to the King recently.

Other sources in Pakatan Harapan have also indicated that letters representing DAP's 42 MPs and Amanah's 11 lawmakers were sent separately to the Palace on Monday evening.

"I believe it was sent separately," a source said.

However, an officer for Datuk Seri Anwar Ibrahim said he has not been informed whether letters representing the 35 PKR MPs were sent to Istana Negara on Monday.

"So far, there isn't any information yet. Will confirm if there is," he said.

On Monday, Umno upped the ante against the Perikatan Nasional government after it made public letters and a list of its MPs, who also signed statutory declarations stating they are no longer backing Muhyiddin as prime minister.

Two letters by Umno president Datuk Seri Dr Ahmad Zahid Hamidi addressed to the King were uploaded on Umno's Facebook page on Monday afternoon, one of which, dated Aug 4, included a list of 14 MPs who had retracted support for Muhyiddin as prime minister.

Umno information chief Shahril Hamdan had also said that if Muhyiddin doesn't enjoy the support of a simple majority of 111 MPs, then he must be honest with the King and it will be up to the Yang di-Pertuan Agong to make a decision in accordance with the Federal Constitution.

Shahril also said it was hard to argue that Muhyiddin still enjoys the majority support of parliamentarians, as there are at least 13 Umno MPs who signed statutory declarations retracting support for Perikatan. 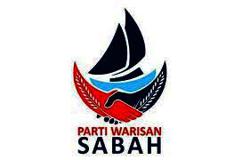