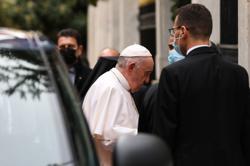 BUKIT MERTAJAM: Another break-in has occurred at St Paul’s Church in Bukit Tengah.

On Tuesday, thieves broke into the church and stole a laptop, the public announcement system, an LCD projector, air-conditioner set, a lawnmower, the CCTV system and even components from the electrical organ.

Church vicar Stanley Michael said he only became aware of the break-in on Friday, when he noticed the CCTV had gone off-line for three straight days.

“The thieves also removed the fuse distribution box and the electrical wiring.

“Normally, every night before I go to sleep, I would check the camera to see if everything is all right.

“On Wednesday morning, the decoder was offline, but I did not give it much thought as it has gone offline a few times before.

“But after three consecutive days, the decoder was still not functioning and that’s when I became suspicious. I then asked another warden to go and check it,” he said.

Stanley, 59, who stays in Taman Bagan in Butterworth, said upon checking, his colleague discovered the door of the church ajar and found the place ransacked.

“We found the fence of the church cut open and many equipment vandalised. They even took our CCTV decoder,” he added.

A police report was lodged at Central Seberang Prai police headquarters on Friday at about 3pm.

Former bishop of St George Church Datuk Rev Charles Samuel said this was not the first time the church had been burgled.

“I believe this is the 15th time this thing has happened here and the culprits have yet to be arrested,” he said.

Central Seberang Prai OCPD Asst Comm Shafee Abdul Samad confirmed that a report had been lodged and an investigation was ongoing. 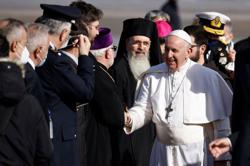 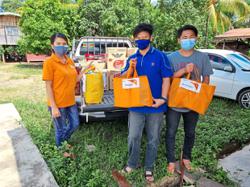