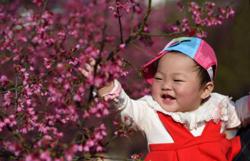 PETALING JAYA: More youth are opting to stay single while those open to marriage prefer to take the plunge at an older age and are not keen on big families.

Also, a significant number of young adults do not see marriage as a form of happiness, a nationwide survey by Universiti Tunku Abdul Rahman (UTAR) has found.

“Youth today have a more realistic view of marriage.

“A common perspective is that marriage is a financial burden and something they will avoid if they can,” Chin said in an interview.

According to the survey published on July 1, less than half of Malaysian youth plan to get married and have families.

Almost a quarter expressed reluctance, whereas another 34.5% were undecided. Most of the respondents were students from various public and private varsities while some were working individuals.

He added that 10.7% of them are sceptical and reject the idea of marriage.

The majority of the respondents (72%) said they feel the ideal age to get married is between 26 and 30.

However, 42.9% of the respondents disagree with the traditional view that people should marry at a younger age.

Titled “More Malaysian Youth Likely to Shun Marriage, Bigger Families”, the survey also found that more than half of the respondents either do not want children (14.5%) or are unsure (38.2%). Only 47.3% want kids.

Chin said although 61.7% of youth do not feel that marriage decreases the quality of their life, many have reservations when it comes to family planning.

Half of the respondents said two children are enough.

Between 79.7% and 90.9% said that added responsibilities, the ability to maintain a good standard of living and to cope with rising costs, and life satisfaction are important considerations when planning a family.

“In other words, to counter the high cost of living and ensure their happiness and well-being, one might consider having fewer children,” Chin said.

“As of 2019, the total fertility rate was fewer than 1.8 babies per woman, having dropped below the replacement level of 2.1 babies.

“Malaysia may become an ageing nation by 2030, with people aged 60 years and above surpassing 15% of the population.

“This will affect the economy because we will have less productive manpower,” Chin said.

He added that the post-modernist view of marriage and a cultural shift could be the result of societal developments over the years.

“Perspectives and values have changed.

“Marriage was very much encouraged in the past but now, it is viewed as not the most ideal trajectory in one’s life, with many questioning whether it will even bring them happiness.

“Some may not be keen on marriage because of experiences with their own families,” he said.

Insurance agent Simon Soon Poh Kheng, 26, said he would like to marry someday but it is not a priority.

“Marriage is a long-life commitment and financial issues will arise when couples start living together and having children.

“I will only start planning for marriage when I am financially stable,” he said.

Tan Zhen Ny, 26, prefers focusing on her career and completing her professional accountancy exams before thinking of marriage.

She feels 30 would be the “ideal” age for her to marry as by then, she would be more mature in her thinking and better equipped financially to support her family.

“There are too many things that need to be considered, such as having a sound financial foundation and owning a house and car.

“Today’s high cost of living means that a married couple would both have to work and if there are kids, will you have enough time to spend with them?” said Lee, a recent engineering graduate. 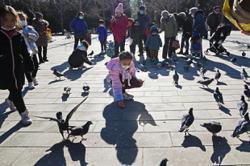