KUALA LUMPUR: Lawyer Mohd Khairul Azam Abdul Aziz has claimed trial at a Sessions Court here over his Facebook posting that was said to have insulted the judiciary and the police.

According to the charge sheet, Mohd Khairul, 44, allegedly uploaded offensive content on the Facebook account under the name “Buzze Azam” with intention to annoy others at about 1.04pm on March 24.

The posting was read at the police’s Commercial Crime Investigation Department (JSJK) office in Bukit Aman at about 3.50pm on March 25.

The charge under Section 233(1)(a) of the Communications and Multimedia Act 1998 carries a maximum fine of RM50,000 or up to one year imprisonment or both, upon conviction, and liable to a further fine of RM1,000 for each day the offence continues after conviction.

Mohd Khairul pleaded not guilty after the charge was read out before Sessions Court judge M.M. Edwin Paramjothy here on Tuesday.

He said Mohd Khairul was not a flight risk as he is the vice-president of Parti Bumiputera Perkasa (Putra), an activist and a public figure.

“The accused went to the police station himself to give his statement.

“He has his own law firm and staff. There is no risk of him disturbing witnesses,” Mohd Redzuan.

The court allowed bail at RM2,000 in one surety.

The case is fixed for mention on Sept 6. 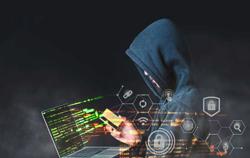