KEPALA BATAS: Police are looking for a cement truck driver who was allegedly involved in a fatal hit-and-run accident at Jalan Tasek Gelugor on Tuesday (July 27).

"Investigations found that the victim was riding his motorcycle along Jalan Tasek Gelugor here at about 6pm on July 27 when he was struck by the truck from behind. Both vehicles were on their way from Tasek Gelugor to Pekan Darat," he said in a statement on Monday (Aug 2).

ACP Noorzainy said the truck driver did not stop and fled the scene.

Police were informed by Hospital Seberang Jaya, where the victim was taken for treatment, that he died at about 8pm on Sunday (Aug 1).

He said a post-mortem found the cause of death was severe injury to the victim's rib cage and torso.

ACP Noorzainy appealed to anyone who witnessed the accident to come forward and provide information to the police, or call the investigation officer at 018-288 1424; or go to the nearest police station.

The case is being investigated under Section 41 (1) of the Road Transport Act 1987 for causing death by reckless or dangerous driving. 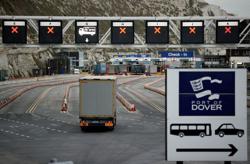