The Parti Amanah Negara president said that Muhyiddin and his Cabinet displayed arrogance in the way they responded to the Yang di-Pertuan Agong on the revocation of the Emergency Ordinances.

“In an effort to stay in power, Muhyiddin and his entire Cabinet have neglected their duties towards the rakyat and the country by turning their back on and insulting the King, Parliament and the Constitution.

“Amanah demands that Muhyiddin and all the Cabinet members resign immediately and seek forgiveness from His Majesty,” added Mohamad in a statement on Friday (July 30).

He said that Minister in the Prime Minister's Department (Parliament and Law) Datuk Takiyuddin Hassan failed to uphold his responsibility and made an announcement without the consent of Yang Di-Pertuan Agong Al-Sultan Abdullah Ri'ayatuddin Al-Mustafa Billah Shah.

On Thursday (July 29), a statement by the Istana Negara said the King had expressed great disappointment with the government's decision to revoke six Emergency Ordinances without his consent.

The King also expressed dismay that the revocation of the Ordinances was not presented in Parliament by the government. 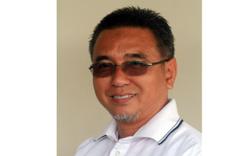