SUNGAI PETANI: Visually-impaired baker K. Hemarruben (pic) has found it hard to cope with demand for his cakes and cookies ever since he was featured in The Star last November.

“Business picked up suddenly in December after my story was published. Luckily, I managed to meet orders with the help of my grandmother,” said the 24-year-old.

Hemarruben, fondly called Ruben, said his business grew by about 50% and now he could earn between RM1,500 and RM2,000 per month.

He said that after his story was published, Pertubuhan Kemajuan Sosial Malaysia (PKSM) approached him to register his business under the Northern Corridor Implementation Authority’s (NCIA) JomNiaga@NCER programme in December, which helped him manage his bakery business better.

“Besides helping me with promotion and marketing, I was also provided with a stainless steel table. I can roll out my pastry dough more conveniently and it is also more hygienic,” he added.

His bakery business is based at his rented wooden house in Kampung Baru, Sungai Lalang, Kedah.

Ruben, who runs his business with his 76-year-old grandmother N. Kanamal, was born blind and abandoned by his parents when he was three days old.

He underwent an operation on both eyes when he was seven months old. He has limited vision in his left eye while the other eye could not be saved. 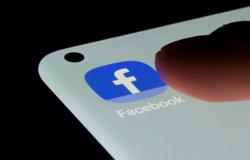