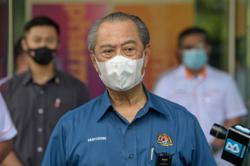 PUTRAJAYA: The e-Tanah land administration system in Kuala Lumpur, a public-private partnership, will be expanded to the rest of Peninsular Malaysia by 2024, says Tan Sri Muhyiddin Yassin.

The Prime Minister said the online platform for land matters saw much success in its implementation in Kuala Lumpur and Perak, especially during the Covid-19 pandemic.

“The pilot e-Tanah system was pioneered in 2017 by the Federal Territory of Kuala Lumpur Land Office.

“Throughout its execution, the system successfully improved the quality and efficiency of land administration in the federal territory.

“When the country was hit by the Covid-19 pandemic in 2020, we saw how the e-Tanah system enabled land matters such as private searches, tax payments, transfer applications and land mortgage applications to be conducted online in a safe and efficient manner,” he added.

Following Kuala Lumpur’s success, e-Tanah expanded to Perak in February this year, where it is being used by the state government.

“The Federal Government is now working to expand the system to Putrajaya, Labuan, Selangor, Terengganu, Pahang, Johor, Kedah, Perlis and Kelantan by 2024.

“I have been made to understand that the e-Tanah system concession agreement for the Putrajaya and Labuan land offices will be signed today,” said Muhyiddin in a virtual speech when opening the National Land Day 2021 celebrations yesterday.

He added that the e-Tanah System was initiated by the Federal Government in 2014 with the aim of standardising land administration in states and reducing bureaucracy.

“The system also looks to increase transparency and integrity in land administration.

“I believe the implementation of this system can also contribute to the country’s development, while at the same time, generate revenue for state governments,” he said.

Muhyiddin added that Malaysia’s innovations in land administration had also received international recognition, including from the World Bank.

“The report shares Malaysia’s experience in transforming land administration with other countries.

“Besides that, the e-Tanah system was also accorded the Gold Award Public Sector at the Asean ICT Awards 2018 in Indonesia,” Muhyiddin added.

The theme of this year’s National Land Day is “Facing Post-Covid-19 Challenges in Land Administration”.

Due to the pandemic, the programmes this year are being held virtually, and include webinars and radio and television talk shows. 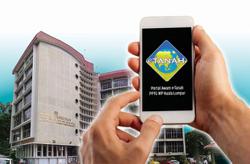