In his farewell remarks as the outgoing president of the Associated Chinese Chambers of Commerce and Industry of Malaysia (ACCCIM), he said the gradual reopening of various industrial and commercial sectors in a safe manner is necessary along with the four-phase National Recovery Plan (NRP) to steer the country’s economy back to normalcy.

“To reopen and gradually bring the economy back on track, the government should adjust the NRP to allow more economic sectors and service industries to resume operations in the first and second phases.

“In particular, companies with most employees who have been vaccinated should be allowed to restart operations,” he said at ACCCIM’s 75th annual general meeting that took place virtually yesterday.

Given that all business sectors are interrelated in the supply chain, Ter said the government should come up with a “non-operable list” to allow more businesses to resume without any further application or bureaucracy.

He also called on the government to include more measures in Budget 2022 to accelerate structural changes and transformation, create jobs, expand productivity and create more economic and investment opportunities to revitalise the economy.

“We have submitted 40 memorandums and proposals to the government for the revitalisation of the national economy and helping companies survive since the pandemic last year.

“We hope the government will formulate a national development strategy that will benefit all people through more inclusive and responsive policies,” he said before handing over the reins to Datuk Low Kian Chuan, who was ACCCIM’s executive adviser.

Ter has been appointed as the lifetime honorary president while Datuk Tan Tian Meng remains as secretary-general, and national council member Koong Lin Loong is now the new treasurer.

In a special farewell video, local and international business leaders and government officials conveyed their good wishes to Ter, thanking him for his dedication and leadership since 2015.

Among them were representatives from the Chinese chambers of commerce and industry in Hong Kong and Singapore, former Chinese ambassador to Malaysia Bai Tian and Transport Minister Datuk Seri Dr Wee Ka Siong, who acknowledged Ter’s good work and contribution to the business fraternity.

Thanking Ter for his leadership and dedication throughout the years, Low said he would do his level best to build upon his success while ensuring ACCCIM’s voice remains relevant.

“We are living in very challenging times and we all need to come together to fight Covid-19.

“As the umbrella body of all Chinese business groups, ACCCIM will be ever ready to step up and lend a hand. We have to continue helping our country and businesses weather this storm,” said Low, who added that he would strive to be a good captain and achieve ACCCIM’s objectives and missions with support from the new committee, including organising the 16th World Chinese Entrepreneurs Convention that was postponed to next June.

Founded in July 1921, ACCCIM is the national umbrella organisation of the Chinese chambers of commerce in the country with 17 constituent members from 13 states and the Federal Territories. 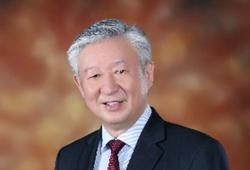