KOTA KINABALU: A cryptocurrency company has stepped in to play a significant role in Sabah's turtle conservation efforts as funding from pandemic-hit travel companies dwindles.

United States-based AquaGoat Finance is chipping in to help Friends of Sea Turtles Education & Research (Foster) in its annual community clean-up of the state's east coast Libaran shoreline, the focus of turtle conservation efforts since 2004.

The Covid-19 pandemic has seen a sharp drop in contributions from Foster's traditional source of tourism-based companies, he said on Sunday (July 25).

"I was getting worried as sea turtle conservation very much depended on having a clean shoreline," he added at the launch of the seventh annual Libaran beach clean-up.

He said a 1km stretch of Libaran shoreline was divided into 10 lots of 100m each for organisations to adopt.

Yee said that once the adoption funds are received, Foster disburses the money to the villagers in the area to do the clean-up.

Some 35,500 baby turtles have been released along the shoreline by Foster since 2013, in partnership with the state Wildlife Department.

"Just two months earlier, we received great news from AquaGoat Finance that they would be adopting five lots for the next 12 months.

"Later on, the Tourism, Arts and Culture Ministry, Tourism Malaysia and Sabah Tourism Board renewed their sponsorship and continued on board as well," he added.

According to the company's website, its token is a yield-generating "social cryptocurrency" which aims to reduce, mitigate and reverse the harmful effects of man-made processes on the oceans.

"It sets aside a portion of every transaction fee to its 'Ocean Blue Fund' to fund ocean cleaning and marine conservation initiatives," Yee added. 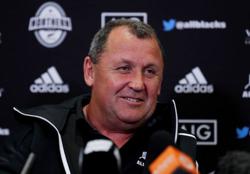 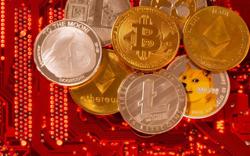