SIBU: A total of 93 Covid-19 Delta variant cases have been detected in Sarawak, the highest in the country.

However, no deaths were reported from these cases.

State Health Department director Datuk Dr Mohamed Sapian Mohamed in a statement on Sunday (July 25) said the cases were recorded from May to July this year.

"Of the total, one case was an import case, four import cases from Peninsular Malaysia, eight cases were detected among police and immigration detainees in Kuching, Sri Aman and Serian Divisions while the rest are local infections," he said.

Eight cases were detected in people, 14 days after they had received their second dose of vaccines.

Dr Mohamed Sapian advised the public not to be overly-anxious with reports of the Delta variant cases.

He advised the people to continue to adhere to health recommendations and SOPs.

He also advised the people to double-mask in high-risk places and to avoid dining-in at restaurants.

Dr Mohamed Sapian also advised the people who experience fever, cough, sore throat, difficulty breathing, or suffer from lethargy, body aches, diarrhoea and vomiting – even if the symptoms are mild – to immediately be screened and seek treatment at the nearest health facility. 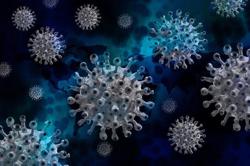