JOHOR BARU: A babysitter, her husband and niece have been charged in the Sessions Court here with allegedly abusing two children under their care.

Fazelina Mohd Lias, 37; her husband, Mansor Saat, 57; and her niece, 13, pleaded not guilty when the charges were read to them in front of judge Ahmad Fuad Othman on Sunday (July 25).

They were accused of mistreating a two-year-old and a three-year-old child, causing them to suffer physical injuries.

They allegedly committed the offence at about 3pm on June 10 at a house in Taman Bukit Kempas here.

Deputy Public Prosecutor Muhammad Qaiyyum Ramlan asked the court to set bail at RM20,000 each for the adults and RM5,000 for the teenager.

However, Ahmad Fuad set bail at RM8,000 each for Fazelina and Mansor and RM1,500 for their niece with one surety each. They were also told not to contact the family of the children.

He also set Aug 22 for next mention.

As of noon, only the niece had posted bail.

It was reported earlier that police had arrested three suspects for allegedly abusing two young brothers under their care.

Johor police chief Comm Datuk Ayob Khan Mydin Pitchay confirmed a report was received about two siblings being abused by their babysitter and her family members at a house in Taman Bukit Kempas. 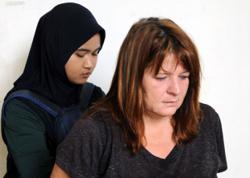 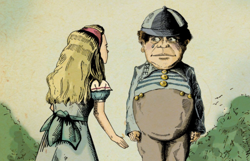