SEREMBAN (Bernama): A 17-month-old boy died after he was believed to have been bitten by a snake in the master bedroom of a house in Kampung Seberang Batu Hampar, Rembau, on Friday (July 23).

Rembau district police chief DSP Hazri Mohamad said the victim, Muhammad Danial Iqwan Muhammad, was playing with his three-year-old brother in the room and was accompanied by their mother when the incident happened at about 9pm.

"The victim’s mother heard her son screaming and saw a snake escaped into a hole in the room. The mother immediately examined her son and found bite marks on the victim’s left palm,” he said in a statement on Saturday (July 24).

DSP Hazri said Muhammad Danial Iqwan was rushed to the Rembau Hospital for treatment but the hospital informed that the victim had died at 1am Saturday.

The case is classified as sudden death, he said. - Bernama
Article type: free
User access status:
Join our Telegram channel to get our Evening Alerts and breaking news highlights 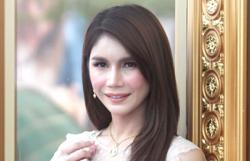