Photos of the Tanjung Sedili MMEA offices, which were damaged in the freak storm

JOHOR BAHRU (Bernama): About 140 families from seven villages are believed to have been affected by heavy rains and a storm in Tanjung Sedili, near Kota Tinggi on Friday (July 23) evening.

"A house in the police quarters near the Sedili police station suffered damage to its roof as well,” he said in a statement on Friday night.

An MMEA patrol boat being repaired at a nearby dock was also damaged by falling metal and roof tiles. No deaths or injuries, however, were reported in the incident and MMEA operations in the area continued as usual. - Bernama 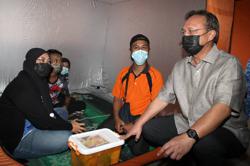 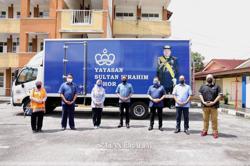