Its Public Services and Complaints Bureau chief Low Guo Nan (pic) said that the Google Form link in the message is genuine but the value of the items mentioned in the message was incorrect.

“The link provided is a genuine one by the Women, Family and Community Development Ministry, but at the moment, application through the Google Form is suspended, but there are other ways to get the aid.

Low asked people not to worry if they had sent in their details using the Google Form earlier, as that was one of the channels used by the ministry earlier.

“Maybe the ministry can explain as to why the Google Form link is suspended,” he asked.

Low said those requiring the food basket aid could still call Talian Kasih at 15999, WhatsApp at 0192-615 999 or contact the nearest Welfare Department. 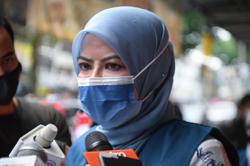