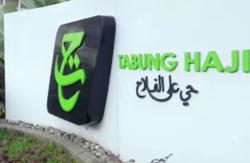 BUTTERWORTH (Bernama): The Penang Environment Department (DOE) has ordered 24 containers carrying paper waste from the United States and Canada to be sent back to their respective countries following an inspection at the North Butterworth Container Terminal (NBCT) here Friday (July 23).

Penang DOE director Sharifah Zakiah Syed Sahab said an inspection on the containers found that they contained paper waste and did not have prior approval letters from the director-general of the DOE.

"Our investigation found that 19 units of the containers from Canada and five from the United States, which were trying to dispose of the paper waste here, did not have a receiving facility that has a licence from the local authorities nor a manufacturer’s licence from the Ministry of International Trade and Industry (Miti).

"The importer’s failure to obtain approval at the recipient’s premises can lead to negative implications, such as the possibility of illegal disposal and processing of waste, open burning as well as various other problems,” she said in a statement Saturday (July 24).

She said the recycling process in illegal premises could also cause serious pollution issues as the operation to recycle used paper required large quantities of water of up to 45 cubic meters of water per tonne of paper.

Sharifah Zakiah also said that the recycling operation would also produce effluent which could pollute drains and rivers if not treated first.

"According to legislation, industrial effluent must be treated first to comply with the standard limits in accordance with the Environmental Quality (Industrial Effluent) Regulations 2009 before being discharged,” she said.

She said this had resulted in industry players who usually imported the waste to China to relocate their operations to South-East Asian countries, including Malaysia.

According to her, the importation problem should be tackled seriously as waste materials imported through the NBCT might be taken to other countries for illegal processing or disposal.

"As such, there is a need for all parties to work together to prevent Malaysia from becoming the world’s dumping ground,” she said. - Bernama 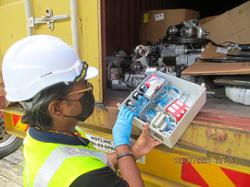