Previously, he was ACCCIM’s executive adviser.

Datuk Ng Yih Pyng, who was the deputy secretary-general 2, is now the deputy president.

Six vice-presidents and 23 national council members were also elected at the AGM.

Thanking Ter for his leadership and dedication throughout the years, Low said he would do his level best to bring more success and achievements while ensuring ACCCIM’s voice remained relevant in the commerce and industry fraternity.

“It is a great honour to be elected and I will do my best as all previous presidents had.

“We are living in very challenging times now and we need everyone to come together to fight the Covid-19 pandemic.

“As the umbrella body of all Chinese business groups, ACCCIM will be ever-ready to step up and lend a hand. We have to continue helping our country and businesses to weather this storm,” he said.

Pledging to be a good captain, Low said he would strive to achieve ACCCIM’s objectives and missions together with the support from the new committee lineup, including organising the 16th World Chinese Entrepreneurs Convention (WCEC) that has been postponed to next June.

He also announced Ter’s appointment as the lifetime honorary president, as well as Datuk Tan Tian Meng remaining as secretary-general, and Koong Lin Loong as the new treasurer.

Other appointments will be announced during the first exco meeting in a few weeks’ time, he added.

Founded in July 1921, ACCCIM is the national umbrella organisation of the Chinese chambers of commerce in the country with 17 constituent members from all 13 states and Federal Territories nationwide.

It has over 100,000 direct and indirect memberships from all constituent members, representing Malaysian Chinese companies, trade associations, the business community and young entrepreneurs in general. 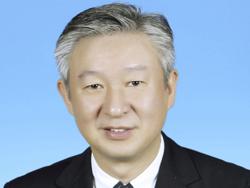