Malaysian fans there in spirit for Olympic athletes 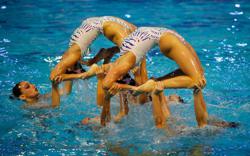 PETALING JAYA: From obtaining tickets to live matches to ending up watching it from their sofa at home, Malaysian fans will surely find Tokyo Olympics memorable.

Human resources executive Yap Veng Kun would now have to settle in front of the TV to watch the Games, which is being held without fans from tomorrow until Aug 8.

Yap, 33, had bought flight and Games tickets in January last year before the pandemic overshadowed everybody’s plans. It was supposed to be his first Olympics live.

“I really love the Olympics and it is my biggest dream to attend one in my lifetime,” said Yap who hails from Tenom, Sabah.

While he received refunds for his flight and Games tickets, he had to forego the deposit for his accommodation and transport amounting to more than RM1,000.

“As the Olympics is being held in Asia, it would have been the easiest to get there but now I will support the athletes from my couch,” he added.

He is confident that Malaysia could win the first gold medal this time, which had been elusive since the country’s participation in the Olympics in 1956 in the Melbourne Games.

For retiree Mansor Abd Khoni, 63, the Tokyo Games was also supposed to be his first Olympics.

“I feel sad because it has been a dream but there is nothing we can do,” said Mansor.

He will watch all the action and is very confident Malaysia can win three gold medals via track cyclist Datuk Azizulhasni Awang, diver Pandelela Rinong and shuttler Lee Zii Jia.“I truly believe that the Negaraku will be played in Tokyo. I will pray for them,” he said, adding that he was disappointed that Malaysia’s quest for the gold medal did not materialise in the last Olympics in Rio de Janeiro.

Back then, Malaysia won four silver medals and a bronze.

Engineer Lee Hui Seng, 57, who has been to the 2012 London Olympics and many other SEA and Asian games, will also be another keen watcher of the Games.

The president of the Famemas Malaysia Supporters Club hoped everyone would lend their support to the team, even from afar.Malaysia will be represented by 30 athletes from 10 sports in the Tokyo Olympics. 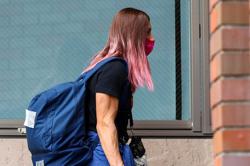