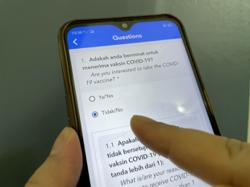 He said that an additional report has also been lodged over the issue of there not being enough vaccines for people at a vaccination centre (PPV).

"Eight people were detained to assist investigations into the aforementioned cases. They have all been granted police bail.

"One of the investigations has been completed and the Attorney General’s Chambers has determined no further action is to be taken on the case due to insufficient evidence against the suspects. Investigations on the remaining three cases are still ongoing," he said in a statement on Thursday (July 22).

In a related matter, the police have detected a scam where scammers would pose as Health Ministry officials.

"They would inform victims that they were found selling vaccines. This would cause the victims to panic and follow their instructions, leading them to deposit money into the scammers' bank accounts.

Comm Mohd Kamarudin urged all to remain vigilant against scammers and to always check with the authorities if they have any doubts. 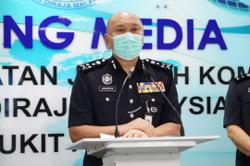