PETALING JAYA: The Covid-19 virus has claimed another 129 lives in the last 24 hours – 118 Malaysians and 11 foreigners.

This brings the death toll to 7,148 since the pandemic began.

There are seven brought-in-dead cases in Selangor, two in Sarawak and one each in Kuala Lumpur, Negri Sembilan, Johor and Sabah.

At present, 915 patients are in intensive care, with 435 on ventilator support.

There are also 6,439 recoveries recorded nationwide, with a recovery rate of 85.3%.

Eighteen clusters involved workplaces while there were eight in the community, two involving high-risk groups in Kuala Lumpur and Kelantan, two related to detention centres in Melaka and one imported cluster in Johor.

Dr Noor Hisham said as of July 18, data from Sungai Buloh Hospital showed a significant decrease in the number of cases with serious infections (Category 4 and 5) among the elderly beginning epidemiology week 23.

“This downward trend is in line with the start of Phase Two of the National Covid-19 Immunisation Programme in April.

He also wished all Muslims in the country a blessed Hari Raya Aidiladha. “May we take the lesson behind the meaning of sacrifice and appreciate it in our daily lives.” 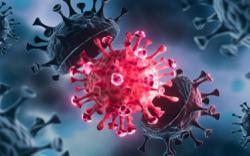