PUTRAJAYA: Enforcement authorities have ordered 56 premises to close after they were found to have violated standard operating procedures (SOP).

“The government has stepped up enforcement and carried out more inspections on factories and business premises after many of them were found to have violated the government’s orders as well as SOP.

“Authorities have ordered 56 premises to shut operations for violating SOP,” he said on Thursday (July 8). 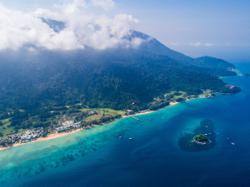