ALOR SETAR (Bernama) The Kedah state government has denied a viral message stating that an enhanced movement control order would be imposed on the Sultan Abdul Halim Hospital in Sungai Petani following a flare-up in Covid-19 cases there.

State Health and Local Government Committee chairman Datuk Dr Mohd Hayati Othman (pic) said employees at the hospital, including doctors and nurses, had tested positive for Covid-19, but the hospital will not be closed.

"This hospital will not be closed and neither will all its departments; only certain wards will be shut down for sanitisation.

"The emergency services department is operating as usual.

"The viral message claiming that the hospital is closed is fake, ” he said in a statement Wednesday (July 7).

He said the viral message claimed that the hospital was closed and would be placed under an enhanced MCO after 100 of its employees tested positive for the Delta variant of Covid-19 that was traced in India and the Beta variant from South Africa.

"Appointments have been rescheduled at the outpatient and specialist clinics. Emergency treatment is proceeding as normal, as was announced by the hospital's director, ” he said, as the viral message also stated that the State Health Department had directed the hospital to only accept and treat emergency cases following the surge in Covid-19 cases.

He urged the public to remain calm and continue to observe standard operating procedures set by the Health Ministry and National Security Council and to stay at home if there was no need to go out. - Bernama 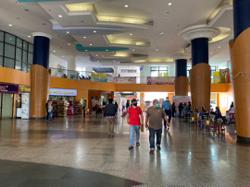 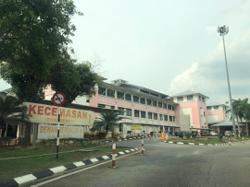