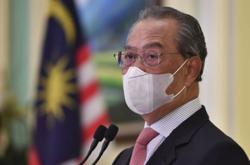 PETALING JAYA: The appointments of Datuk Seri Ismail Sabri Yaakob as Deputy Prime Minister and Datuk Seri Hishammuddin Hussein as Senior Minister (Security) should provide a much-needed cool down in politics as the country battles the Covid-19 pandemic, say analysts.

Universiti Sains Malaysia's Prof Dr Sivamurugan Pandian said the appointments were timely, as there is a leadership crisis at present that has led to political uncertainty.

There is a need to hit the pause button on politicking as the government manages the pandemic, he added.

"The appointment is timely and one of the mechanisms to manage the leadership crisis. The way forward is to focus on the pandemic rather than continue politicking.

"The leadership crisis at present has kept us in instability and uncertainty for some time. There should at least be a ceasefire on political matters," he said when contacted Wednesday (July 7).

The appointment of Ismail Sabri and Hishammuddin came hours before a scheduled Umno supreme council virtual meeting at 8.30pm, where Umno is expected to decide on whether or not it stays with the Perikatan Nasional government.

The appointment of the duo also came days after high-profile meetings among Umno leaders as speculation continues over Umno's future within Perikatan.

At present, Umno president Datuk Seri Dr Ahmad Zahid Hamidi is facing a leadership crisis as there are growing calls for him to resign before the 15th General Election is called.

Sivamurugan also said Zahid's position as party president would be intact as party polls have been postponed.

However, he warned that the appointment of Ismail Sabri and Hishammuddin could lead to Umno considering leaving the government, because it may not have been discussed by the party's supreme council.

Suffian also agreed with Sivamurugan that Zahid's position as Umno president would not be affected by the appointments.

"The postponement of Umno elections will give Zahid room to stay in power," Suffian added.

Universiti Malaya's Prof Dr Awang Azman Awang Pawi said the announcement can be seen as an attempt to secure support from Ismail Sabri and Hishammuddin in order to keep Umno from withdrawing support for Perikatan.

However, he said the appointment would not calm Malaysians down, as many are still disgruntled over the government's efficiency in managing Covid-19, the economy and the direction of the country.

"It really depends on the reaction and the official decision of the Umno supreme council. It (Ismail Sabri and Hishammuddin's appointments) may be rejected because it wasn't discussed in the supreme council and the general assembly," he added.

A similar view was also expressed by Singapore Institute of International Affairs Senior Fellow Oh Ei Sun, who said the appointment would not calm down political tensions at present, given that a majority of Umno grassroots are in favour of leaving Perikatan.

"It's just a matter of time, maybe tonight (Wednesday) or the coming days, it will explode," he added.

He noted that although Zahid may not enjoy popular support from Barisan MPs, he is still well-received among party grassroots.

"They can't just topple him. I think he does enjoy vast support from the grassroots," he said.

Observers are closely watching developments in Umno and its virtual supreme council meeting. 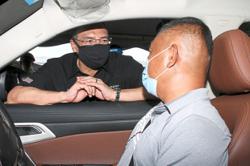