Experts call for mass testing and vaccinate those tested negative

PETALING JAYA: Health experts believe undetected asymptomatic and unlinked cases could have contributed to the increasing number of Covid-19 cases, especially in the Klang Valley.

Universiti Putra Malaysia medical epidemiologist Assoc Prof Dr Malina Osman believed that for the past four weeks, some of the economic sectors which were allowed to open had contributed to the rising number of cases in Selangor.

“Work clusters have been found to be one of most prominent clusters, and in my opinion, they served as the main source of transmission in the community,” she said.

She added that the presence of Delta variant and other Variants of Concern had also contributed to the spread of the coronavirus.

“As the infection continued to spread, aggressive mass screening in the field together with contact tracing are also reasons why cases are still very high in Selangor,” she said.

She said as the Phase One of the National Recovery Plan had spared some groups, asymptomatic cases could have been overlooked and continued to pose a risk of infection in the community.

“This should be done together with all close contacts including family members. At the same time, adherence to the SOP should be followed,” she said.

Dr Malina pointed out that identification of those infected through mass screening would be a “continuous exhaustive and laborious exercise” if the complementary measures mentioned were done without adequate isolation, treatment and vaccination.

“Those in the field may assume they are fine after being tested negative. But if they are not vaccinated promptly, they are at risk to repeated exposure and potential infection.

“In the current situation, to rely on the SOP alone may not work compared to when we are in an earlier period of this pandemic,” she said.

Dr Malina believed that if all sectors which have been newly-defined by the National Security Council as essential and non-essential were to strictly follow all the new SOP, the two-week enhanced movement control order, coupled with mass vaccination programme during the period, will be effective in reducing cases in Selangor and Kuala Lumpur.

“The two weeks of enhanced MCO should be enough to bring down Covid-19 figures, but figures may not be immediately reflected,” he said, adding that the infections today would only be seen in the statistics two weeks later.

Dr Raj Kumar believed that the enhanced MCO with strict enforcement should have been implemented about a month ago, given its adverse economic effects.

He emphasised the need to educate the public via strict enforcement and urged for the immunisation programme to be conducted at a faster rate.

“We also have to detect and isolate positive cases fast,” he said.

Universiti Malaya epidemiologist Prof Datuk Dr Awang Bulgiba Awang Mahmud also believed that a full lockdown in Selangor should have been implemented much earlier as the high rate of incidents in the state and elsewhere in the country was due to the rise in unlinked cases.

He said this was due to fewer contact tracing and shorter period of quarantine implemented by the Health Ministry previously.

“Newer variants with an infectious period greater than 10 days would therefore be propagated if persons who still had the virus but had not been properly cleared to be negative after the 10 days were free to move in the community.

“This meant that community transmission continued to increase silently so it was just a matter of time before there were so many unlinked cases,” he said.

Dr Awang Bulgiba claimed that the high 14-day incidence density for Selangor indicated that contact tracing and mass testing strategies had not been effective.

“This denotes a failure in pandemic management as it appears that the so-called total lockdown has hardly had any effect on this parameter,” he said.

He added that mass testing should be conducted rapidly and followed by vaccination to be effective.

“Testing 20,000 people per week for a state with a population of 6.8 million is not fast enough as it would take too long to completely test everyone.

“People also need to be vaccinated right away after testing negative so mass testing without vaccinating would be a futile exercise,” he added.

He also said that vaccination needed to be expedited especially in high-risk areas to ensure all eligible and vulnerable persons were vaccinated as quickly as possible.

“It is likely to take months for Selangor and Kuala Lumpur,” he said, noting that the lockdown in June was not effective as it was not implemented extensively. 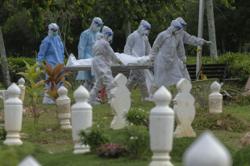 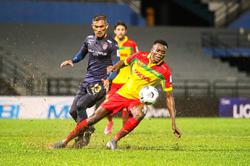