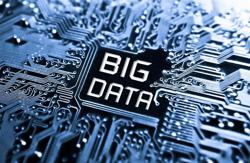 PETALING JAYA: Police have called Galen Centre for Health and Social Policy chief executive Azrul Mohd Khalib to give his statement over a tweet he made last year on concerns of MySejahtera data being used by enforcement agencies.

In a statement Thursday (July 1), the centre said that a police report was lodged against his tweet previously.

"Last year, the government made a strong commitment to reassure the Malaysian public that their privacy, personal data protection and security concerns were unfounded, that they could be trusted in keeping our data safe and that the use of MySejahtera would be limited.

"It was specifically mentioned that the data collected by MySejahtera would be treated as confidential medical data under the Medical Act 1971," the statement said, quoting Azrul.

It added that the Health Ministry had previously assured Malaysians that it would protect the privacy of MySejahtera users.

"While the development of MySejahtera was well-intentioned, it is not impervious to the vulnerabilities, limitations, and the potential for misuse which have affected similar Covid-19 related applications in other countries. Constant vigilance is needed, not just of Covid-19, but also of the measures which are being utilised in this pandemic" it said.

On Nov 13 last year, Azrul tweeted in response to reports that MySejahtera registrations were used to track down 400 residents of Medan 88, Bandar Baru Salak Tinggi, and that doing so was an abuse of data.