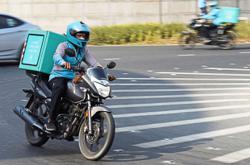 Kota Kinabalu is the fourth location reached by the super app - which combines various services in an e-commerce platform - after Klang Valley, Penang and Seremban, and plans are afoot to launch it in Melaka and Johor Baru in August.

In conjunction with the debut, the public can redeem free meals from July 1 to July 6 through airasia food, while the first 500 airasia fresh customers in Kota Kinabalu will get RM10 off their orders.

Speaking at the virtual press conference at the launch on Thursday, AirAsia Group chief executive officer Tan Sri Tony Fernandes said the expansion into Kota Kinabalu is seen as a boost at helping the recovery of the local economy.

He added that it was a way to rehire AirAsia staff like cabin crew into the e-commerce platform, saying that they expect to hire over 100 riders in Kota Kinabalu to start with.

Meanwhile, State Local Government and Housing Minister Datuk Seri Masidi Manjun said when launching the virtual event that it is inevitable that Sabah will go big with e-commerce and digitalisation.

“Our lifestyle has changed, we are expected to stay more at home rather than venture outside. Our lives will never be the same as Covid-19 is something we have to live with," said Masidi.

Meanwhile, airasia super app head of e-commerce Lim Ben-Jie said aggressive expansion is planned to take the app beyond Malaysia and across Asean

“At present, we are already ‘live’ in Singapore, and the app will soon be available in Bangkok in August, Manila in the third quarter of 2021 and Jakarta in the fourth quarter,” he said.

He also said that expansion into cities in Thailand, the Philippines and Indonesia are also planned 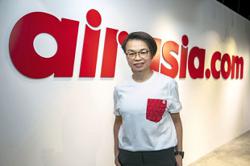 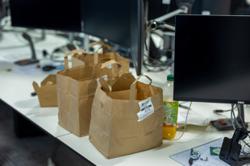