Sahana Kaur, 16, is among three young Malaysians who received the Diana Award during the virtual ceremony on Monday.

PETALING JAYA: Sahana Kaur is an activist in championing human rights and climate action despite her young age of 16.

The bubbly lass began volunteering for Amnesty International Malaysia early last year and she has since taken on several leadership roles.

Her aspiration to bring good to the world did not go unnoticed as the Garden International School A-level student was presented with The Diana Award.

The award was set up by Britain in 1999 to continue Princess Diana’s legacy. It recognises young people aged between nine and 25 who are active in social or humanitarian work.

The Diana Award is given only through a retrospective nomination process. The process is unique as its recipients can only be nominated through a third party, that is by adults who know the young people in a professional capacity and recognise their efforts to contribute to society.

Sahana, who is from Penang and studying in Kuala Lumpur, said she was nominated by her teacher.

She intends to continue to ensure that the voices of youths are heard and engage young people to fight for human rights and climate change.

“I’m driven by the realisation that there are so many things in these fields which need to be done and can be done, but aren’t being done, ” she said in interview yesterday.

Sahana enjoys doing ad hoc projects on sustainable development goals and plans to host a few upcoming events on the subject as well as climate action.

“I’m also preparing for my university applications, ” she added.

According to the award website, Yi was the brain behind the Welfare Task Force for Malaysian Students Abroad where he provided support to young people who couldn’t return home due to the Covid-19 pandemic.

The task force also reaches out to those who experienced mental health challenges as a result of being isolated in a foreign country.

“Yi is also a trained volunteer counsellor for the National Society for the Prevention of Cruelty to Children.

“He supports young people in the UK on various important issues including bullying, abuse, self-harm and family relationships, ” it said.

Since then, Mogesh and the project team have organised a series of webinars around ocean literacy, reaching more than 10, 000 people from 15 countries.

The Diana Award chief executive officer Tessy Ojo commended the recipients from all over the world, for continuing Princess Diana’s legacy by extending compassion to others.

“In spite of the changes happening around you, you showed up for your communities, for the causes close to your heart and for your school and sometimes for your family.

“This is similar to what Princess Diana did so many years ago when she showed up for communities that needed her the most, ” she said during the virtual award.

In a surprise address, the Duke of Sussex Prince Harry honoured all the recipients for “living an authentic life with a purpose and with compassion for others”.

“The Covid-19 crisis exposed severe inequities and imbalances around the world. Unless we take swift action, we will continue to see a disparity in our humanitarian and moral obligation to vaccinate the world.

“There is a great need for young leadership. That belief in your own ability to change the world in doing the right thing is what makes you a force to be reckoned with, ” he said. 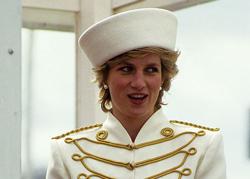 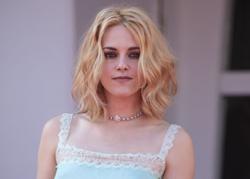