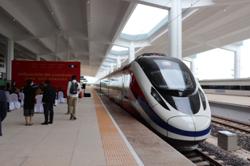 The two driverless Bombardier Innovia Metro 300 trains, which bear the numbers 192 and 193, have been tested and approved by the relevant authorities.

In a statement on Sunday (June 27), Rapid KL said all 27 sets of trains acquired under the KLAV27 project, worth a total of RM1.7bil, are equipped with a series of improvements.

"This is part of the passenger information system, which has been integrated with the door system where LEDs were previously used," said Rapid KL.

It added that so far, eight sets of KLAV27 trains are at the Kelana Jaya Line LRT Depot in Subang, including the two that started operating.

The other six are still in various stages of testing and commissioning, and are awaiting approval from the Land Public Transport Agency (APAD) before they will be put into daily service.

APAD conducted a series of tests including on the brake system and train traction power before giving approval, said Rapid KL.

For an easy and smooth trip with Rapid KL, users have been encouraged to plan their trip using the PULSE app which can be downloaded via Google Play or Apple App Store, added Rapid KL. 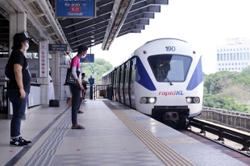