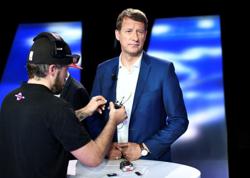 PETALING JAYA: Pakatan Harapan maintains its stance that the Emergency should not be extended beyond Aug 1, says its presidential council.

The Pakatan presidential council said, in a statement Friday (June 25), that it maintained that the Emergency which was declared on Jan 11 was not effective in curbing the Covid-19 pandemic and should be ended immediately.

"Based on data and scientific evidence, the pandemic situation continued to worsen since the Emergency was declared with a high number of cases and deaths," it said.

Last week, the Yang di-Pertuan Agong had called for Parliament to be reconvened as soon as possible.

The Malay Rulers also expressed that there is no need to place the country under Emergency beyond Aug 1.

The Special Independent Committee on Emergency 2021 is expected to convene for a meeting at the end of July and during the meeting, Pakatan representatives will highlight various issues for the consideration of the committee.

Among them, it welcomed the views expressed by the King and the Malay Rulers pertaining to the issue of the Emergency, as well as advising the King not to extend the Emergency beyond Aug 1.

"The special independent committee should also cease its functions and be dissolved after Aug 1, 2021," the Pakatan presidential council said.