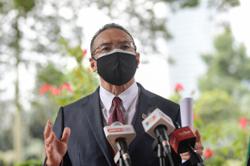 KUALA LUMPUR: A police report has been lodged in connection with a viral letter claiming that Datuk Seri Hishammuddin Hussein has Barisan Nasional's support to be the new prime minister.

Hishammuddin's press secretary Hafiz Ariffin, who lodged the report at Dang Wangi police headquarters on Thursday (June 24), said the letter even had a Barisan letterhead, to give the impression that it was valid.

"I lodged the report to deny the authenticity of the letter and I urge the police to investigate in accordance to the law.

"I believe the letter is fake and it was spread with the aim of tarnishing his (Hishammuddin) reputation and confuse the public," Hafiz said.

He said the letter was a dirty tactic employed by certain parties who were taking advantage of the current political situation.

"The forgery of the document and signature should be investigated and stern action must be taken to prevent political slander," he added.

Meanwhile, Hishammuddin said he would leave it to the authorities to investigate and take appropriate action against those responsible for the fake letter.

"I am consistent in rejecting political slander and hate that should not be practised in our country," he said in a Facebook post.

Earlier, Hishammuddin said that a police report would be made as the letter in question was fake and untrue.

He added in the post on his Facebook account that the report is being lodged "so that the matter can be investigated immediately to determine who is behind such an irresponsible act".

Prior to this, the Sembrong MP's team tweeted that the purported letter which was addressed to the Yang di-Pertuan Agong, was “false and untrue”.

“This is a malicious political provocation by spreading lies to confuse the public,” the communications team tweeted on Wednesday (June 23) night.

In the letter dated June 22, the Foreign Minister claimed that the Barisan supreme council had unanimously backed him to lead the next government as its prime minister.

The letter was also seen with a stamp to allegedly indicate as received by palace officials on Wednesday.

Previously, Datuk Seri Nazri Aziz had said that 25 out of 41 MPs from Barisan have signed statutory declarations (SDs) in support of Hishammuddin because they have lost confidence in Umno president Datuk Seri Dr Ahmad Zahid Hamidi.

According to Nazri, he was the “mastermind’ behind it, adding that the SDs were signed in support of Hishammuddin because Barisan wanted a new representative in the event the party was summoned for an audience with the King.

Nazri added that the SDs have been forwarded to Hishammuddin, but he was unsure whether Hishammuddin had shown the list to the King. 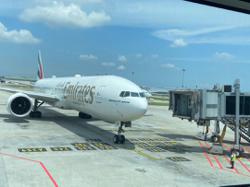 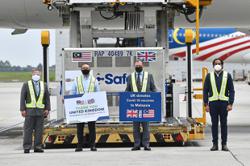