He added such intakes were carried out based on the approval of the Public Service Department (JPA) to give work exposure to trainees as required under the Medical Act 1971 (Amendment 2012).

“Since December 2016, the recruitment of medical graduates has been made on contract so that appointments can be made despite the limited number of permanent posts and vacancies available.

“The contract offered is up to three years to enable medical graduates to undergo housemanship and then extended by two years to complete their compulsory service,” he said in a statement yesterday.

Their suggestion was aimed at ensuring medical graduates, especially among the bumiputra community, could be given permanent posts to help reduce unemployment among professionals in the country.

Dr Adham said between December 2016 and May 31, 2021, a total of 23,077 medical officers of the UD41 grade had been appointed on contract to serve as housemen and to do compulsory service.

“For other cohort appointments under training and yet to be considered for permanent appointment, their service has been extended until 2022,” he added. — Bernama 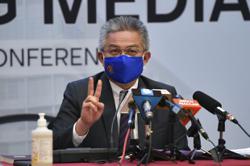