PETALING JAYA: The Covid-19 crisis has left Malaysians less welcoming towards refugees compared to pre-pandemic times, a study has found.

However, the research noted that Malaysia is not the only country to be less welcoming towards refugees.

Research by Ipsos showed 67% of Turkish citizens polled said they prefer their country's borders to be closed to refugees.

At the same time, the survey also found that citizens around the world disagreed with their government spending on refugees.

With borders closed caused by the Covid-19 pandemic, he noted, the world has become an even less welcoming place for refugees.

"Malaysians are strongly in favour of keeping the borders completely closed to refugees, representing a sharp shift compared to 2019, before the pandemic.

"Across the world, citizens prefer their countries to be less open to refugees, and the financial strains caused by the pandemic put assistance to refugees lower on the agenda than before," he said in a statement on Wednesday (June 23).

Turkey hosts the most refugees in the world, with data by the United Nations High Commissioner for Refugees (UNHCR) showing there are four million refugees residing in the country, 3.6 million of whom are Syrian refugees. 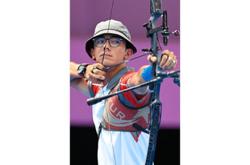