He said the second round of community screening was carried out at five constituencies at two locations on Saturday and Sunday.

"Both the locations recorded more than five percent of positive cases this time around as well.

He added that this phase of screenings covered eight of Selangor’s state assembly constituencies which had recorded more than five percent positive cases during the previous screening exercise.

Mohd Noor said the public screening is being coordinated and carried out by Selangor’s healthcare programme Skim Peduli Sihat’s administrator Selcare and is in tandem with the World Health Organisation’s recommended Find, Test, Trace, Isolate and Support (FTTIS) system.

He added that 1,435 people from Gombak Setia, Sugai Tua and Taman Templer were screened on Sunday and 123 people or 8.57% turned out positive.

"We will be conducting the campaign at Kajang, Hulu Kelang and Bukit Antarabangsa during the coming weekend,’’ he added.

He said the turnout this time round was lower than the previous screening exercise carried out individually in all of Selangor’s 56 state assembly constituencies from May 8 to June 10.

"We believe that people are concentrating more on going to get vaccinated and most of those who had come for screening this time around did so because they had had close contact with people who were infected with Covid-19,” said Mohd Noor.

During the May 8 to June 10 public screening exercise a total of 97,565 had turned-up to be swab tested. 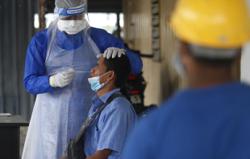 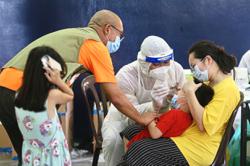